What a nice day it was!

In the morning I went to the evangelisation at the Vlasmarkt, the city center of my home town. The “Gentse Feesten” (Dutch pronunciation) or the “Ghent Festival” is a music and theatre festival in the city of Ghent, Belgium. Besides stage events there are random small street acts such as mimickers, buskers, etc.  I have participated in evangelisation at the Ghent Festival as long as I can remember. Now that I’m living in Finland for about 11 months I thought it was a nice opportunity to visit my parents, my friends and after having spend two weeks with them; the Ghent Festival! 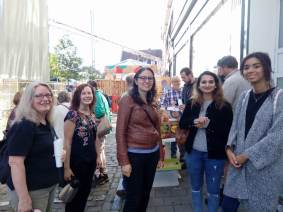 This is a small summary of what happened on Tuesday!

-> This is a picture of 5 people who participated at in the morning evangelisation:

At the festival you meet lots of dronk people, but also people who finally want to take some time to talk about Jesus. Some are not good, but sometimes you really meet some open people who are still sober! Mostly there’s a group of people were some of them are more sober than others. I feel really compassion as I talk to those people who (mostly) have said goodbye to what they think God represents! 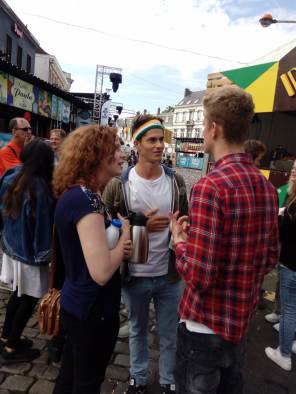 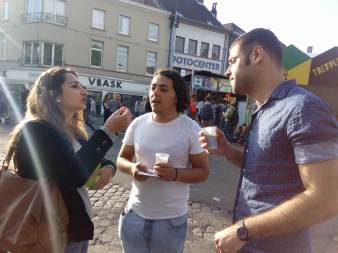 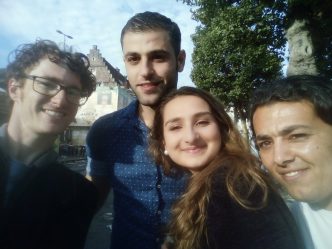 The picture on the right was the first conversation Mina and me started. Amazing how open those guys were. They both were originally from Palestine but lived in Belgium for almost a year until now. We could share Christ with them and I could give them a DVD of the beginning from TLR. They have heard enough, now it’s up to them to do something with what we shared! A pity that the  pancake house wasn’t open yet. (A initiative from the church “the Bridge” to serve pancakes for free. Great possibilities to share the gospel with open minds over a table while people can enjoy a pancake and some beverage for free).

During the evening my friend needed some rest and Mina (the girl who assisted me on the street evangelising in the morning) had to go to some family so I was on my own.

I “hit the road” around 21.00 as the sun was inviting me to a beautiful festival-day…
I decided to do it differently today, as I was on my own I didn’t want to go to everything that moves to ask if they have pain but I wanted to feel more guidance. The first couple I approached were from Holland but no one had pain. I had a very good converstation with them and could give them a DVD what they would check! 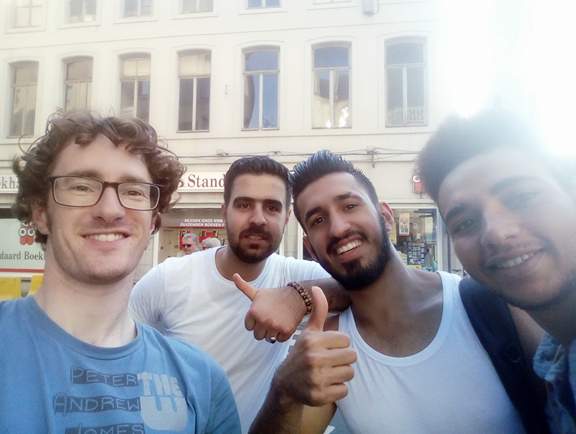