On Tuesday my wife and I went to a shopping mall somewhere in Benoni to first eat lunch and then to pray for people. Our hosts were working, but they could give us a lift there. At the lunch place we talked with our waiter, but he didn’t have any pain. Still he was very friendly and when we shared our blog with him, he said: “I promise you, I’ll surely check it when I’ll get home!”.

After eating I first asked 2 african young men, but they didn’t have pain and were not very talkative. They were churchgoers and we shared a bit what we were doing. We gave them a link to our blog, so that they could see testimonies from their home area.

Next I went to ask an african lady who was sitting on a bench and looking something on her smartphone. She didn’t have pain and didn’t seem very open to talk so I asked two other people, an african couple, on the other side of the bench. They were a bit confused of the question, but the woman told she had pain in her leg, painlevel 5 from 10. I prayed for her first maybe 3 times, but the pain was just the same. After few more prayers she said that the pain was totally gone. Both of them were laughing, since they were so surprised of the situation. I asked if I can take a picture, but the man said: “Can you first pray for my feet”. You could see that his right feet was swollen and he said that the painlevel was 9 from 10. After the first prayer he tried it and started laughing, because the pain was totally gone in just some seconds! He started to talk to the wife and the other woman on the bench in some local language and the couple was both laughing so hard, because they couldn’t believe that the pain just went away. 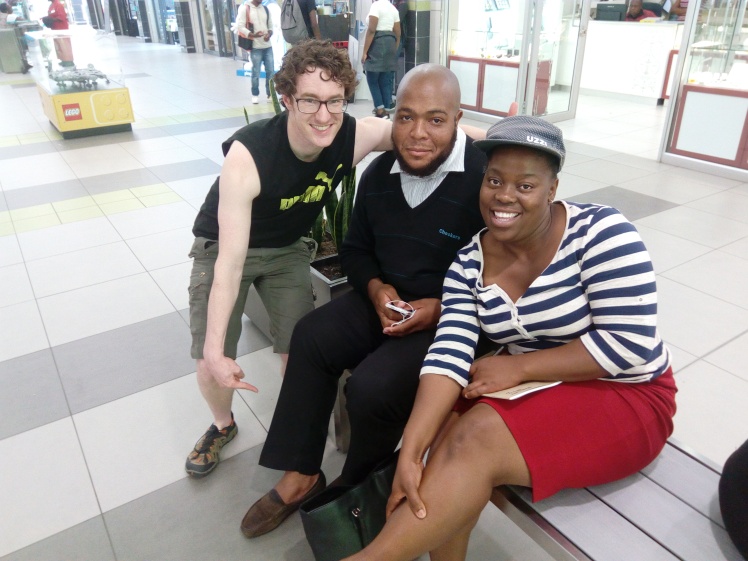 Next we talked to some guys who where searching supporters for Unisef. They didn’t have pain, but they said we could bless their day and work, so we prayed for them.

After some walking we past two young girls on a bench and ask them if they had any pain. They were first silent and just looked to us, but after some more explanation the other girl said she has a headache. My wife prayed for her: first it was a bit better and after 4 prayers the pain was gone. We gave them the cards with our blog and links to TLR documentaries and my wife told that until year ago when we saw the TLR movie The Beginning, she had never prayed for anyone on the streets. My wife said that since they believe in Jesus they can also pray for their friends and they will be healed. I asked what they thought about it and the girl who was healed said: “It’s a good idea”. She didn’t want to be in a picture. They didn’t seem to want to talk further, so we continued.

We then still prayed for one guy who had economical stress to pay his rent (a man sitting on a bench in red clothes), and I prayed for a guard who had pain in his back and after that I talked to one of the car guards (people guarding the cars not to be stolen).

Just when we waited for our ride, we were standing close to a bunch of african people, especially women, waiting for a minibus (these are small busses that are always full of black africans and which according to some are not very safe). I asked the whole bunch if they had pain and explained a bit more to some. Just in the end there was a lady with a headache, who I prayed for. It took quite a many prayers, maybe 4 or 5, but eventily the pain was gone and the woman was happily surprised. While I was praying, our friend Maurine came to pick us so after praying I had to go.